Last week, our 3-year-old started nursery at a new school in Singapore. Although we absolutely loved her former school (Pasir Panjang Church Hill Kindergarten), we wanted to get her on a calendar similar to the American school calendar, and we wanted her to start going a little longer days. Dulwich College is a British school with a 400-year tradition, and a top international school in Singapore that practices a dual language model (English and Mandarin). We were thrilled when Linna was accepted to Dulwich, and it's an opportunity she just wouldn't get back home in Minnesota.

The school is very "proper" and traditional, but modern and brand spankin' new (they just opened in Singapore in August 2014). Everytime I walk into the school I feel like I'm stepping into Downton Abbey (one of my favorite shows). Everyone at the school is so polite, and they all speak with these beautiful "posh" British accents. Linna's teacher, Miss Wallace, reminds me of Anna Bates from Downton Abbey. She's incredibly sweet, and just like an English Disney princess. Linna absolutely LOVES her! There are about 16 kids in Linna's class, which is a big change from her former school, where there were just five kids in her class. There's also an assistant Mandarin-speaking teacher in the classroom as well. Linna is in the "Early Years" school, which Dulwich refers to as DUCKS (Dulwich College Kindergarten Singapore). The classroom is bright, airy, and there's hands-on learning around every corner. There's also a bathroom right inside the classroom with toilets and sinks designed just for these little ones. I can see why Linna loves being there!

The biggest changes with Linna's new school is the start time, transportation to and from school, and the distance the school is from our home in Singapore. Linna's former school was a 15-minute walk from our house, so I was at the school every day to drop her off and pick her up. Now, I have to put our 3-year-old on the school bus (which is more like a school van with seat belts, thankfully) every morning, and she takes the bus home as well. This was a huge struggle for me. Linna is ONLY 3 years old, and I still look at her as my baby! I've really had to learn to let go a bit and put a lot of trust in people I barely know (after I got their full names, phone numbers, and background, of course). That's difficult for any Mom. Linna is on the bus for about 25 minutes in the morning, and then a half-hour in the afternoon. The school bus has a driver, as well as an "Auntie" (a woman dedicated to the care of the children), which I really appreciate. During the first week, we had some frustrating glitches with Linna's bus routes/schedules, which left both of us in tears. As we start the second week of school, I'm hopeful that everything has been sorted, so we can start the week out on a positive note.


Quite possibly the biggest change of all... our super early wake-up time. I've been so spoilt having a good little sleeper, and Linna and I rarely wake up before 9 a.m. Now, we are up at 7 a.m. every morning to get ready for school, and be outside waiting for the school bus at 8 a.m. Linna is completely wiped when she gets home from school around 1:15 p.m., so she's in bed by 6 p.m. every night. We've dropped her nap during the school week, but she did take a 1.5-hour nap on Friday after school last week. We also have her napping on the weekends if we plan on having her up past 7 p.m.


Although I am struggling a bit not being at Linna's school every day, I am enjoying my kid-free time. Linna's new school is located waaaaaay up in the northwest part of Singapore (close to Malaysia), and since we don't have a car here, it gets expensive taking a taxi to the school and back home. I'm planning on picking Linna up from school at least one day a week, so I can get to know the parents and teachers in her class. Everyone has been just wonderful so far. Most importantly, Linna absolutely loves her new school. She's shed a few tears getting on and off the bus during the first week, but she's completely happy once she's at school. Linna's teacher even let Linna take home the class mascot ("Pingu" the penguin) during the first week of school, when Linna was having a hard time getting on the bus to come home. Such a sweet thing to do! I am really appreciating the communication from Linna's teachers as well, and I feel like I know what goes on in the class each day.


Posted by Minnesota Baby at 5:53 PM No comments:

*** CONGRATULATIONS to AMANDA WILCOX! You are the winner of a 60-minute prenatal massage from INdiGO Organic. Please email us (minnesotababyinfo@gmail.com) with your mailing address and phone number, so we can verify and get you all set up for your relaxing session. Thanks for participating everyone, and stay tuned for another giveaway coming very soon! ***

While I was visiting my in-laws in Mankato, MN over the holidays, I made another stop at one of my favorite salons in SW Minnesota. I've had a couple fantastic hair cuts and styles, and incredibly relaxing massages at INdiGO Organic, so I always find myself going back. Plus, I can pick up some healthy snacks for our 3-year-old in the shop that's connected to the salon. The owner, Shelly Bartlett, is a good friend of mine through the Miss America Pageant system, and her staff at INdiGO Organic is always very friendly and helpful. Did you know they have a certified organic deli too?! The deli will be under construction in January 2015 in order to keep up with the demand in SW Minnesota, but look for it to open early this year! They'll have soups, teas, juices, coffee, sandwiches, etc., and EVERYTHING will be certified organic. This makes me incredibly excited to get back to Mankato when we're home this summer!

*** To celebrate the amazing growth of INdiGO Organic, we're giving away a 60-MINUTE PRENATAL MASSAGE to one of you!!! *** 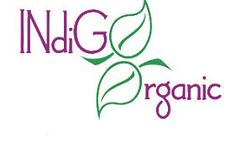 There's two ways to enter for a chance to win:

2. Comment on this blog post (below) with your first and last name, along with the city you currently reside in.

Two simple ways to enter, and if you complete both ways, you'll double your chances to win! You must enter by Sunday, January 18th at 8 p.m. (CST) to be eligible, and this contest is only open to US residents. One winner will be randomly selected to win a 60-minute prenatal massage at INdiGO Organic in Mankato, MN (valued at $60). The winner will be announced on this blog. Good luck everyone!

INdiGO Organic is a clean air salon, offering salon and spa services as well as a lifestyle shoppe featuring USDA organic food items and lifestyle products. They incorporate eco-friendly practices to protect the future of the earth. They exclusively use Intelligent Nutrients hair and skin care products for salon services (free of sulfates, parabens, silicones, ethyoxylates, PEG, pthalates and synthetic fragrances). Every aspect of their salon is based on organic practices, designed to nourish the inner and outer beauty of their clients.

One more year in singapore.

Since it's the start of a brand new year, I thought I'd update everyone on our family's plan for the coming year. There has been a lot of change and questions in our personal and professional lives over the last few months, and we finally have some answers.

1. We've decided to extend our stay in Singapore. When we initially "moved" to Singapore, we signed on for a 3-month visit. That 3 months turned into 2 more years, which would be wrapping up this coming March. However, due to another fantastic opportunity for Papa Saigh's career, we have decided to extend our stay in Singapore until March 2016. Our decision to stay was not easy, as we have really been missing our family and friends back in Minnesota. But for now, we need to focus on Papa Saigh's career and soak up another year of exciting opportunity for our family here in Singapore. Linna and I plan on coming home for a long visit this summer, and the 3 of us plan to be back home in Minnesota for Christmas.

2. Our 3-year-old starts college next week. Ok, not really. But Linna has been accepted into one of the top international schools, and will start at Dulwich College in Singapore on Tuesday. We are so excited about this change, as Dulwich has a fantastic Mandarin immersion program, and the school calendar is similar to the American school calendar. Dulwich is a British school with a 400-year tradition. This school offers swimming as a part of their curriculum, which is very exciting for our little fish. This opportunity is one that Linna wouldn't get back home in Minnesota, so we are taking full advantage. Although we have nothing but good things to say about Linna's first nursery-school experience in Singapore at Pasir Panjang Church Hill Kindergarten, we are excited for Linna to be able to attend longer days at school (8:30 a.m. to 1 p.m.), so she's prepared for the full days that start in August. More about Linna's new school to come!

As you can see, there is a lot of change going on with the Singapore Saigh family. It's important to go into the new year with a positive mind-set, no matter how much we miss everyone back home. We are so thankful for the opportunities we've been given over the last few years. We are incredibly lucky, and I am so excited to see what 2015 has in store for us! 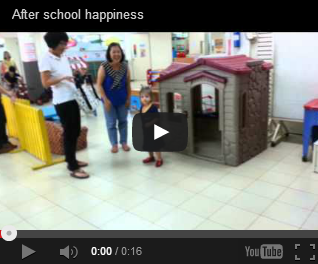